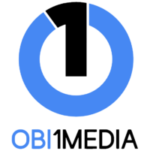 Influencers & Inbound — How Businesses Can Turn Connections into Cash

On June 25th, 2018, Facebook announced the revelation of Brand Collabs Manager — a search engine that will help marketers connect to social media influencers.

This allows brands to search a platform and find the creators that will help them then access the audiences they’d like to engage.

Clearly, the future of social media platforms has hit an important point in the road: Influencer marketing is not just “on the rise”, it’s an increasing priority for social networks to develop, in order to attract and retain both marketers and users.

This new function at Facebook, for example, complements its earlier “Creator App“, which allows content creators for brands and standalone businesses to create original video, with exclusive features to Facebook Live offerings.

Creators matter and it’s no surprise, given that the sun is quickly setting on “outbound” marketing.

So what’s the opposite of outbound marketing?

Brian Halligan, CEO and founder of Hubspot, coined the term “inbound marketing” to mean strategies and techniques that pull the potential customer — audience, viewer, reader or user — towards a brand or business, rather than pushing the product or offering it at them.

Obviously, this form of marketing requires multiple instances of connections and moments of engagement. Inbound marketing necessitates a longer life-cycle when moving a lead from “qualified” lead to an eventual buyer. The buyer’s journey is elongated and so are the “steps” in a funnel.

But there’s a huge advantage to this method and mindset. Inbound marketing builds a relationship over time. Rather than pushing, pressuring or squeezing a prospect, it “offers”, “coaches”, “educates” and “nurtures” a conversion — usually a sale.

Notice how the language is different? It’s far more vested in the good of the audience, even if inbound techniques still use persuasion and human psychology in the way traditional, outbound salesmanship does. It’s all about having the potential customer reach a decision for themselves.

In many ways, this mimics the actions that a potential customer takes when trying to differentiate between brands and products, before making a buying decision.

If potential customers are heading online to read reviews and feedback, learn about a brand and educate themselves into becoming aware of all the options, then it’s up to marketers to make sure there is content out there that fulfills this behavior.

That’s where influencers come in. Essentially, influencers would not exist if inbound marketing were not hungry for and heavily reliant on creative content.

Some might say that with the rise of social media marketing and the sheer amount of time potential customers spend on social networks, “inbound” techniques are inevitable.

If you want sales for your products, then you need eyeballs on your brand.

What is “influencer” marketing?

So, how does that relate to influencer marketing?

Well, influencers are simply “new-school” bloggers. Over time, in the last 10 to 15 years, bloggers who have steadily built an online presence and a loyal fan base by putting out high-value, highly-engaging content have managed to create yet another stream of income for the sheer reach they can deliver:

Influence over their audience.

Now, this means that “influencers” are individual creators, not the platforms themselves. It also means that, regardless of where they choose to broadcast from, there needs to be a level of authenticity and transparency already established, so that audience members feel as though the integrity of the influencer is not compromised by these newfound (read: monetary) relationships with marketers and brands.

No one likes a “sell out”, after all.

Hannah Bronfman uses a series of hashtags to run campaigns for OPI & American Express. These hashtags are also used by other individual influencers for that brand, thus making the campaign “searchable”.

To be able to get in on the “ground floor” of influencer marketing, right as it’s about to hit the mainstream, there are a couple of things businesses should be aware of.

Influencers are the creatives behind the content as well as the face in front of the content. In a way, they have to be treated as both a part of a digital/social media campaign as well as distinctly apart from it — because they can always say, “No. This doesn’t suit my audience or my aims.”

Morgan Tyler uses her platform primarily to broadcast her own products and offerings and then, pops in the occasional collaboration or promotion for yogi-clothing, fashion, hotels, food and skin products.

Influencers are the intersection between “art” and marketing.

Brands today are all about storytelling. Influencers play an important part in that story. Think of them like “guest stars” on a show — they pop in, do their thing, heighten the kinship the audience has to that content, and then re-appear at key moments in the story (or not).

The reason influencer marketing works is that it feels authentic and organic. There’s not much that feels like an “ad” or as something constructed for the sake of fulfilling a campaign. That’s because what a marketer is really trading on in these influencer relationships is trust and access.

In other words, their audiences have grown to form a relationship of trust with their audiences. This is not only because the influencer may have previously suggested products that really work or keep to their promise but, also, because they seem to be living a lifestyle that the individual audience members aspire to.

Siren William’s “lifestyle” is all about travel, surfing, sun, and music. She’s a brand influencer who frequently features products and tags businesses that personally make a difference to her as well as those that reach out in the form of a purposeful partnership. In other words, all her “opinions” and content seem to be her own.

Relationships and sponsorships with influencers, then, allow marketers access to this pre-existing relationship and the potential customer.

Working with traditional content in the hands of influencers

Working with the independence that influencers have, however, does not mean you don’t need to rely on traditional forms of PR content as well.

Instead, find a way to place this traditional content in the hands of influencers. Keep the creative freedom and control in their reins but do integrate more standard PR tools, like press releases, into these collaborative relationships.

For example, an influencer trying to draw attention to a recent press release from one of the brands they’re working with is not likely to simply tweet out the link directly. That is not only uncreative, but it also feels a lot like outbound marketing. Instead, an influencer can use their platform to create content and include a link in the description or mention snippets from the press release.

In a collaborative relationship between influencer and brand marketer, there is a need for independent operation, but priorities can, and should, often be set by the brand or business upfront.

The Future of Influencer Marketing

As influencer marketing is opening up, going mainstream and becoming more prevalent and popular, it’s prone to have a robust future — one that, at least for now, is here to stay and rapidly evolve.

For those marketers only just beginning with influencer marketing, here are five key shifts likely to rock the influencer arena.

The new FTC rules sent out in April of 2017, not to mention the Facebook-Cambridge Analytica debacle, has put influencers and the platforms they publish on in a tighter grip — and necessarily so.

Platforms have followed suit, rolling out functions like Instagram’s “Business Tools” to help make the declaration of sponsored content easier at the posting level. Expect increased transparency to lead to more regulation. The good news is, however, that influencers will have more tools at their disposal, like Facebook’s Creator’s App, to simplify their creating and publishing.

2) Entry of influencers from all levels

As long-standing “bigwigs” in the influencer industry are increasingly pressed for time and commitments to creating content in partnerships, brand marketers are likely to look for influencers who are on a “lower” follower count but that spell promise.

In a way, it’s sort of like investors looking for the next startup on “Shark Tank”.

Getting in at the beginning of an influencers rise has obvious monetary advantages for a brand marketer. But, it also has a major qualitative advantage as well: a relationship formed with a rising influencer means a brand has more time to establish trust with their audience.

Expect a greater diversity in influencers that are being approached by brands, as a new slew of newcomers enter into the sphere.

At the same time that there’s a new crop of influencers walking in, there is an almost compensatory rise in the barriers to entry.

Since everyone is considered a “personal brand” — especially influencers, who trade on this position — there’s a bit of a “glut”, so to speak, in the market of content and social media production.

Expect the competition for posting platforms to get more fierce and stringent.

4) Judging the quality of relationships

Expect the quality of engagement and relationships to become a huge new metric for brands and influencers working with them in content creation, direction and where they choose to establish a presence.

Qualitative assessments — focusing on how delighted or satisfied a customer is, how organic, authentic and “real” the communication is, or how to further cater to these audiences authentic interests — are the next horizon for influencers looking to go deeper with their relationships.

This goes well beyond simple personalization. Rather, qualitative tools can help influencers and brands learn about what makes one piece of content more desirable or higher converting than another. What worked? What didn’t? It’s a new kind of data driving the “data-driven” conversion.

Especially after Facebook’s successful purchase and evolution of Instagram from a “photography-only” platform, to a massive-media feed, there will be a notable shift in the way platforms communicate and cross-publish with each other.

The saying goes that, when a social platform is “free” to use, the “product is you”, i.e. the audience member or user. These social networks have an incentive to make it easier and more accessible for brands and marketers to form relationships with influencers and cross-publish content. 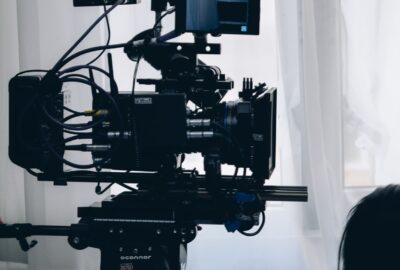 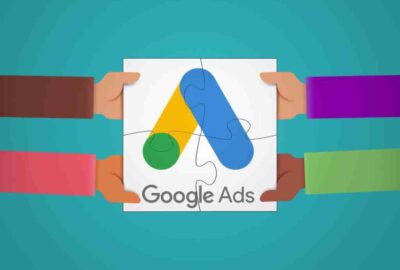 How Can Google Ads Help Your Healthcare Practice? 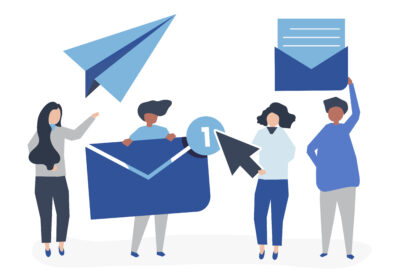 Why Do Doctors Need Text Marketing and Database Reactivation for their Medical Practice?

Get the latest and our most important news